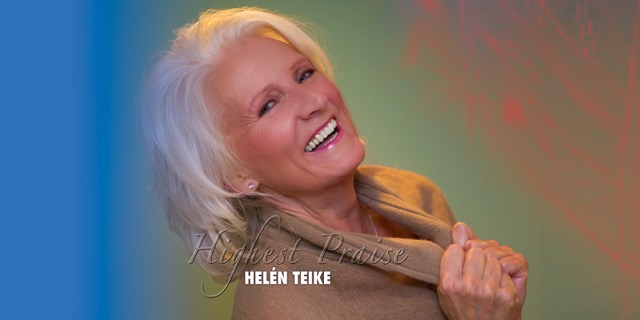 Helén Teike is a singer, songwriter, composer, producer, psalmist, praise and worship leader, and an Ordained Minister of the Gospel of Jesus Christ. With a desire to facilitate an atmosphere of God’s love for those who struggle with hurts, disappointments, insecurities, low self-esteem, rejection, and unforgiveness, Helén brings hope and healing through her music and ministering. For over 25 years, Helén has served in local ministries in the New York City area.

Helén was born and raised in Sundsvall, Sweden, and received Jesus Christ as her personal Savior and Lord in 1989 while living in New York. This was a huge turning point in her life, when her dream to sing gospel and Christian music was fulfilled. She began to learn everything she could about the Word of God, gospel music, worship, and singing for the Lord. Since then, Helén has traveled the world on missions and ministered in song in many languages.

Her first album “Highest Praise” with original songs was released on November 11, 2016.